The formation and tectonic evolution of mafic oceanic crust can be determined through dating of calcite amygdules using U-Pb geochronology as well as biostratigraphic data and geochemistry.
Goran Andjic
Postdoctoral Researcher, Utrecht University
Follow
Like Liked by Evelina Satkevic
0

The formation and tectonic evolution of mafic oceanic crust can be determined through dating of calcite amygdules using U-Pb geochronology as well as geochemistry and biostratigraphic observations, according to a study of the New England Orogen, Australia.

Active accretionary wedges result from the convergence between a downgoing oceanic plate and an overriding plate. There, loose sediment and rock material sourced from both plates is stacked into fault-bounded, deformed packages that are incorporated into the overriding plate. In modern settings, both accretionary complexes and downgoing plates lay far below sea level, making methods of getting first-hand observations complex and costly (such as drilling/dredging/seismic reflection). In contrast, exhumed ancient accretionary complexes provide a more accessible way to study the tectonic evolution of subduction zones and oceanic plates partly or completely lost to subduction.

Documenting the history of ancient oceanic plates from accretionary complexes is faced with the challenge of dealing with dismembered pieces of oceanic crust, whereby the original succession of lithologies−called ocean plate stratigraphy (Isozaki et al., 1990)−was partly or entirely lost. Establishing the timing of formation and subduction of oceanic plates hence implies determining the age of meter- to kilometer-sized blocks of oceanic crust and the sedimentary matrix in which they are embedded. Dating ocean plate stratigraphy in accretionary complexes has classically relied on paleontology rather than on geochronology because processing and identifying fossils, such as radiolarians (see poster picture), are well practiced by the community. In contrast, mafic igneous rocks from the oceanic crust generally lack minerals commonly used in geochronological studies¬ (such as zircon), and are often subject to strong alteration. Therefore, if a block of mafic igneous rock is not in stratigraphic contact with a datable sedimentary rock, its age is very likely to remain unknown.

It is with that mindset that our team at The University of Queensland (UQ), together with Cardiff University undertook in 2019 to investigate an exhumed accretionary complex in the New England Orogen (Eastern Australia). The plan was to better constrain the age of sedimentary rocks by using fossils, and, if necessary, detrital zircons. Igneous rock samples were collected to document better the geochemistry of blocks already known to represent accreted remnants of Paleozoic oceanic intraplate volcanoes (Figure 1), of which Hawaii is a present-day example. Overall, we intended to provide tighter constraints on the timing of formation of intraplate oceanic volcanoes in the once vast Panthalassa Ocean and their accretion to the Gondwana continent.

Parallel to our field work and sample collection, our labs at UQ’s Centre for Geoanalytical Mass Spectrometry have established U-Pb dating of calcite with laser ablation ICP-MS, making us to take the opportunity to date calcite phases in our samples. Two distinct types of calcite were formed in those volcanic rocks. One calcite type precipitated in amygdules (voids representing former gas bubbles in a molten lava; Figure 1b), whereas the other type precipitated in orthogonal fractures which are also visible among all the lithologies in the accretionary complex. Besides distinct morphologies, these calcites have distinct U-Pb geochronological ages and geochemical signatures. Calcite precipitation from low-temperature hydrothermal fluids in amygdules occurred at around 378–354 million years ago, whereas calcite precipitation from seawater in fractures occurred at around 331–279 million years ago.

Taken at face value, the timing of precipitation of the two generations of calcite does not translate into clear geological implications. It is only when combined with fossil age data that the significance of the geochronological ages becomes meaningful. When integrating data from all the lithologies making up the accretionary complex, it is possible to reconstruct the following sequence of events (Figure 2):

The main conclusion of our work is that a minimum age of formation of altered and weathered, mafic volcanic rocks can be obtained using calcite U-Pb geochronology. In the context of accreted ocean plate stratigraphy, the broader geological implications of the minimum age of formation of volcanic rocks have to be determined in conjunction with fossil, structural, and geochemical data.

Be sure that much still needs to be done. Our work started with a rather ambitious plan, which was to systematically survey OPS occurrences in New England Orogen with such an approach. However, COVID-19 pandemic and associated travel restrictions have made us to cut our project short and limit it to a proof-of-concept work. Publishing with Nature Group has been a very positive experience. We were pleased to see the high-quality reviews, which were highly critical and constructive. We look forward to adopting this approach globally in the next stage of our project.

I combine various geological disciplines and tools to address research challenges related to convergent margins and ocean plate stratigraphy. I use fieldwork, sedimentology, stratigraphy, mineral and whole-rock geochemistry, geochronology, and micropaleontology to investigate the tectono-sedimentary evolution of terranes located in the North American Cordillera, Central America, the Himalaya, and Eastern Australia. 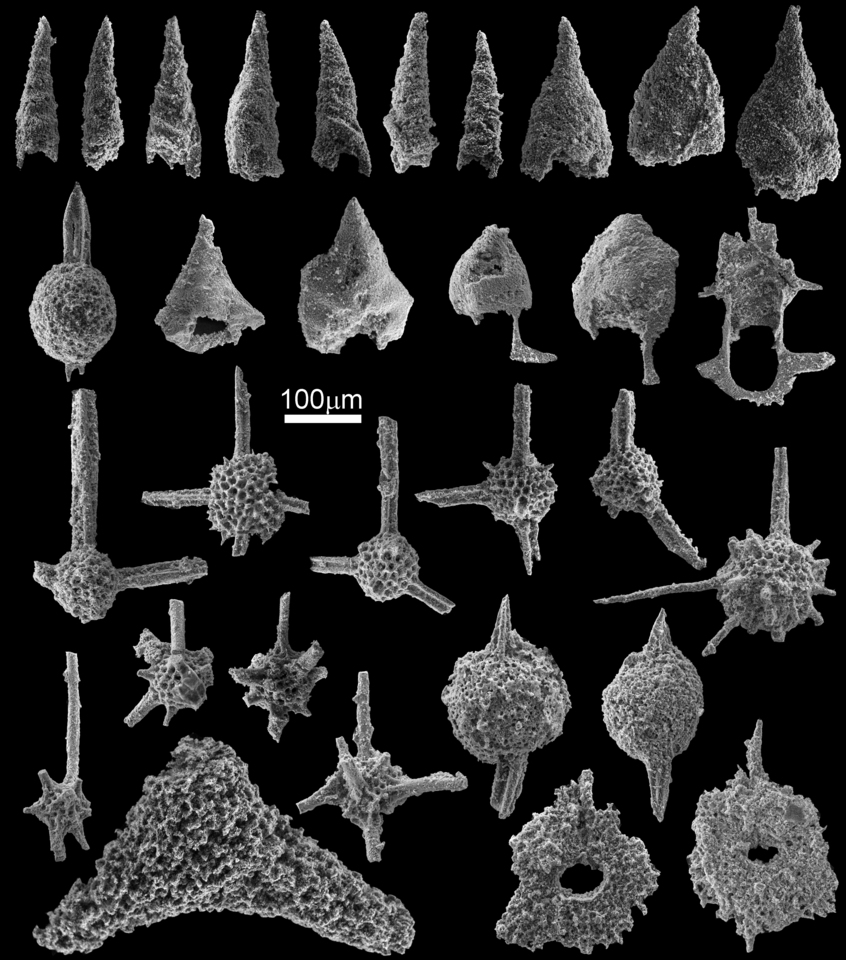 The formation and tectonic evolution of mafic oceanic crust can be determined through dating of calcite amygdules using U-Pb geochronology as well as biostratigraphic data and geochemistry.