In many parts of the world, the frequency of wildfires has increased in recent years. And as the planet warms, fires are expected to continue to be longer, larger, and more frequent in boreal forests. While recent megafire events have had catastrophic impacts on human communities and ecosystems, they have also provided a glimpse into the way fires are an integrated part of the Earth system which has evolved along with them. One aspect recently learned is that fire smoke is an efficient fertilizer for marine life in Southern Hemisphere oceans. In this study, we discovered for the first time that this could also be the case for the Arctic Ocean.
Mathieu Ardyna and Douglas Hamilton
2 contributors
Like Liked by Amy Mundye and 1 other
0

This paper and long investigation began, as many good science questions do, somewhat by chance. Dr. Gert van Dijken and I (Dr. Mathieu Ardyna) were examining satellite-derived maps of chlorophyll a, an indicator of phytoplankton biomass (those small plants that live in the surface ocean and form the basis of marine food webs), in the Arctic Ocean at Stanford University. In general, the eastern Arctic Ocean is considered particularly oligotrophic - which means it is limited in nitrogen at surface - and therefore so too are the phytoplankton that live there. By visually assessing the annual variations in chlorophyll a maps, we spotted a clear anomaly during the summer of 2014 that piqued our interest: but how did this unexpectedly large bloom occur?

We started to list all possible marine environmental factors behind this unexpected bloom. We explored the impact of riverine inputs, potential storms, upwelling occurrences, and unusual mesoscale activities. Evaluating all these hypotheses required a wide range of ocean science expertise, and so we formed an international group (France, Canada, USA) to address the challenge of discovering what would trigger such a large bloom in this nutrient starved ocean region. However, we found that none of these oceanic mechanisms could sustain the bloom. We had to think outside the box, beyond our traditional understanding of Arctic phytoplankton dynamics.

We then looked up and out of the water, to the atmosphere and land. The first person to mention the potential role of wildfires was Dr. Matthew Mills. We decided to test that hypothesis and rapidly discovered a large wildfire had occurred downwind in Siberia that same summer; could this be the nitrogen source we wondered?

We rapidly contacted the research team of Prof. Natalie Mahowald with Dr. Douglas Hamilton, experts in nutrient transport and wildfire science, to begin revealing the paper's key finding. Because of biomass consumption and the entrainment of local soils by warm updrafts, fire smoke turns out to be a cocktail of the nutrients, including nitrogen, needed for phytoplankton growth in the Arctic. Climate models are designed in part to simulate the atmospheric lifetime of species such as nitrogen, from their source, through their chemical evolution in the atmosphere, and ultimately to their loss back to the land or ocean surface. However, in the first simulations we examined the mass of nitrogen being deposited to the Arctic ocean was not sufficient to match the amount required to support the observed bloom.

The first possible reason we considered for this underprediction is that because fires in Siberia are remote and thus rarely measured directly, the extent of fire emissions may be underestimated, which is also the case in other regions of the world. Reconciling this underprediction with literature, however, did not close the budget, so we dug a little deeper. There has been a lot of media coverage about the increase in peat fires in Siberia due to the melting permafrost. For example, the "zombie fire" aspect of peat fires has attracted media attention, a phenomenon where peat can continue to burn deep down even if the surface fire has been extinguished. So we wondered what the nitrogen contribution of peat fires might be, and that's when we found the second cause of our "missing nitrogen." Peat was not represented at all in our initial emissions estimates, and because peat is a dense organic material that has accumulated over a long period of time, per unit mass consumed, peat is likely to release more nitrogen than a traditional tree or shrub fire. By putting these elements together, we were able to reconcile the nitrogen budget and formulate a hypothesis: the smoke from boreal forest fires could have a fertilizing effect on life in the Arctic Ocean.

If, as we suspect, it is fires that provide a sufficient source of fertilizer to support ocean life, what does a future with more fires mean for the delicate balance of ecosystems in the Arctic region? Especially in the region of the world that is warming faster than any other and is rapidly losing sea ice. It is clear that more observations will be needed to understand this emerging climate-driven change in biogeochemical cycles, but also its impact on sea ice. We have not investigated here the impact of wildfires (and specifically aerosol deposition) on the sea ice thermodynamics, although it is likely that they are interconnected. It is known that soot from wildfires, when deposited on ice, could lead to increased melting by reducing its albedo. This study raised more questions than answers. But making observations in the remote and challenging Arctic environment is logistically challenging. The use of autonomous profiling systems, coupled with improved satellite observations, could provide access to critical data. It is now important to ask whether the anomalous bloom we observed in 2014 was a rare example of multiple processes "lining up" to create the conditions for life to flourish or a sign of coming things with global warming. 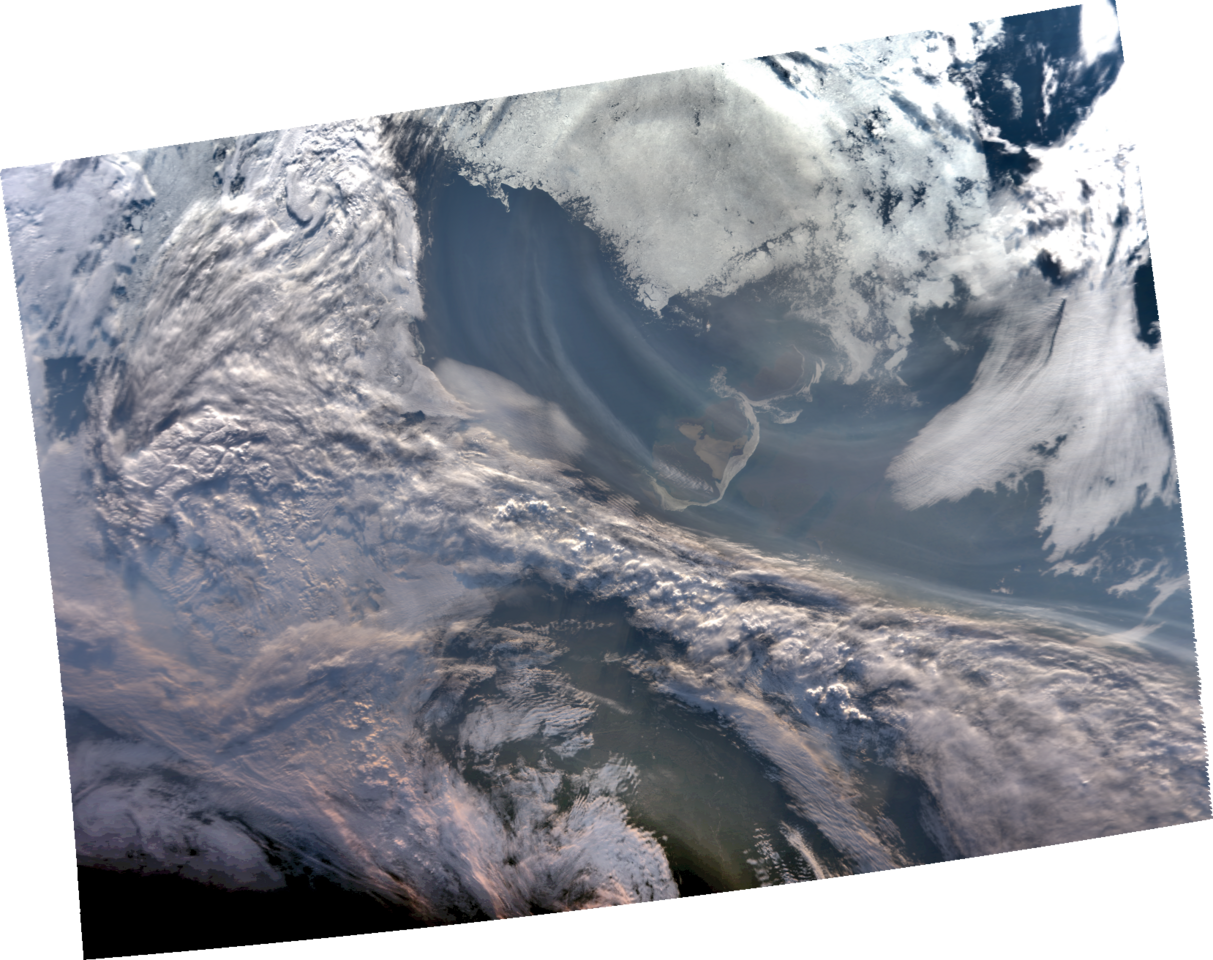 In many parts of the world, the frequency of wildfires has increased in recent years. And as the planet warms, fires are expected to continue to be longer, larger, and more frequent in boreal forests. While recent megafire events have had catastrophic impacts on human communities and ecosystems, they have also provided a glimpse into the way fires are an integrated part of the Earth system which has evolved along with them. One aspect recently learned is that fire smoke is an efficient fertilizer for marine life in Southern Hemisphere oceans. In this study, we discovered for the first time that this could also be the case for the Arctic Ocean.