Anvil clouds are high clouds made of ice crystals. They are named after their recognizable shape, produced by the detrainment of deep convection. In the tropics, they lie at about 13 km and constitute much of the high-level cloudiness. Changes in their average height and horizontal spread can affect the Earth’s surface temperature, but it is unclear how. This is a large source of uncertainty for the amplitude that global warming can reach in the future. Our paper identifies a robust control of the anvil horizontal spread by a basic physical relationship, constituting an encouraging step towards reducing the uncertainty on global warming.

The basic physical relationship highlighted in our paper states that the horizontal spread of tropical anvil clouds is influenced by air motions in surrounding clear-sky areas. We refer to it as the clear-sky-anvil relationship from now on. In the tropics under clear-sky conditions, the air converges horizontally in the upper troposphere and slowly sinks below. Owing to mass continuity, this is associated with a maximum of air divergence at the same altitude in convective regions, which affects the anvil horizontal spread. Following this, any change in the upper-tropospheric air convergence in clear-sky areas would act to change the horizontal spread of tropical anvil clouds. This relationship is not as straightforward as it may seem, since the anvil horizontal spread is also affected by local small-scale processes. Yet, our results suggest that it can explain to a large extent the responses of anvil clouds to a range of natural and anthropogenic perturbations.

The clear-sky-anvil relationship has been invoked before in the framework of the “stability-Iris” mechanism, predicting that the anvil horizontal spread decreases when the surface of the Earth warms. As the surface warms, there is an upward shift of the maximum of horizontal air convergence in clear-sky areas, and hence a corresponding upward shift of anvil clouds. The stability-Iris mechanism states that this upward shift reduces the magnitude of air convergence, because the atmosphere is more stable at higher altitude, which means that vertical motions are suppressed. By mass conservation, this acts to reduce the anvil horizontal spread.

The stability-Iris mechanism is specific to the case where surface temperature changes. As we were investigating its robustness under long-term warming in our climate model, we found that the basic physics behind it - the clear-sky-anvil relationship - seemed to be at play in a more general context. Indeed, other perturbations, associated or not with changes in surface temperature, can affect anvil clouds by changing the radiative cooling in clear-sky areas, through the clear-sky-anvil relationship. Among such perturbations, there is the increase in atmospheric carbon dioxide (before accounting for its effect on surface temperature) and explosive volcanic eruptions.

In our paper, we use these three types of perturbations (surface temperature change, increasing carbon dioxide and explosive volcanic eruptions) as seen in satellite observations, in a climate model and in atmospheric reanalyses (observations assimilated in a climate model), to test the clear-sky-anvil relationship. We find that in all cases, the response of anvil clouds is consistent with this relationship. For example, satellite observations are consistent with the stability-Iris mechanism, since anvil clouds rise and shrink as the surface temperature gets warmer.

The most unexpected implication of the clear-sky-anvil relationship is that explosive volcanic eruptions remotely affect anvil clouds. This is indeed what we found in our model as well as in atmospheric reanalyses. This constitutes a new mechanism through which stratospheric aerosols can affect the high-level cloudiness remotely, independently of microphysical aerosol-cloud interactions. This should also be considered when assessing the impacts of geo-engineering techniques such as injections of sulfate aerosols in the stratosphere. 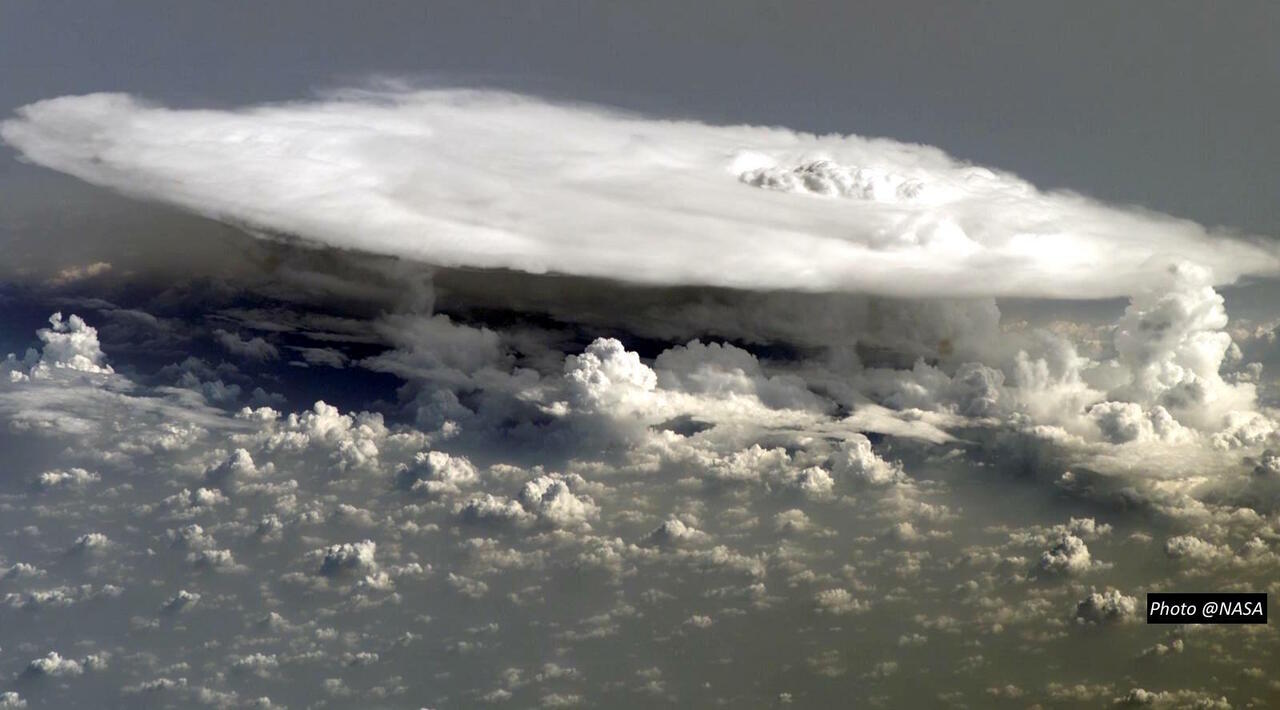