Microbial diversity and transmission between ocean and atmosphere are poorly understood despite the implications for microbial global dispersion and biogeochemical processes. Here, we survey the genetic diversity of airborne and surface ocean bacterial communities sampled during springtime transects across the northwest Pacific and subtropical north Atlantic as part of the Tara Pacific Expedition.
Naama Lang-Yona and Michel
2 contributors
Like Liked by Evelina Satkevic
0

During spring 2016, the research vessel Tara raised anchor and sailed away from its homeport in France, starting the 2.5-year Tara Pacific expedition. By the end of 2018, RV Tara had crossed eleven time zones and two hemispheres crossing through Japan, China, New Zealand, and many other countries.

While the main objective of the cruise was to understand the evolution of coral reefs in the context of climate and demographic changes, we were invited to add the atmospheric component and study the ocean-atmosphere interface and interactions, as a part of a collaboration between the Koren (Earth and Planetary Sciences department) and Vardi (Plant and Environmental Sciences department) labs, from the Weizmann Institute of Science. In this study specifically, we focused on microbial exchanges. Daily, millions of microorganisms are exchanged between the ocean and the atmosphere. Still, our knowledge of their atmospheric transport, from the distance traveled to the time spent, their biodiversity, biogeography, and connectivity between the ecosystems, is limited.

So, in addition to oceanic sampling, performed by colleague scientists, we designed and built an aerosol sampling device to be able to sample marine aerosols during sails.

Sampling in the ocean requires handling under changing sea conditions, including days of high waves or long hours of becalmed seas.

To make sure we did not sample aerosolized particulates created from the boat, we constantly collected blank filters, and considered wind direction, discarding samples with a high potential of contamination.

Our precious samples were cryo-stored throughout their journey in liquid nitrogen on board Tara, in dry ice during shipment, and in a -80°C freezer after safely arriving at the lab. We then started optimizing the DNA extraction protocols by performing dilution series of lab-grown bacterial cells, aiming to reach low detection limits, as we knew we were dealing with ultra-low DNA concentrations. When reaching the satisfying detection limit of DNA concentrations, we were excited to begin extracting DNA from the campaign-sampled filters. We selected two transects of the cruise to be compared: the Atlantic Ocean transect crossing, from Lorient, France to Miami, USA, and the West Pacific Ocean transect from Taiwan to Fiji, both collected during the spring season, a year apart. The extracted DNA was amplified for the 16S V4V5 region and sequenced.

Following amplicon sequencing data analysis, we compiled the genomic datasets from both airborne and surface ocean bacterial communities across the two transects we sailed in the Atlantic and Pacific oceans. With this information, we dove into the exploration of microbial interactions between the ocean and the atmosphere.

We were thrilled to see a clear signature of bacterial emission from the ocean to the atmosphere and explored the spatial changes in bacterial community composition between these two ecosystems.

It was then unexpected and amazing to realize our key findings. While the marine environment presented a stable and homogeneous microbial composition across oceanic transects, the atmospheric microbial composition showed strong variability between samples. This is likely due to the differences in mixing scales of each environment: the ocean buffers change, and resist modifications in composition, whereas the atmosphere experiences significantly higher fluctuations.

We also discovered that water samples from different oceans have a greater resemblance to one another than to the atmosphere atop, and atmospheric samples thousands of kilometers apart shared more common taxa than the ocean beneath.

When looking at the bacterial phylogenetic composition, we identified differences between oceans in the abundance of bacterial species, showing a significantly higher abundance of e.g., cyanobacteria in the Pacific Ocean than in the Atlantic. This pattern was maintained in the atmospheric environment as well. In contrast, the SAR-11 group, most abundant in both oceans, was much less abundant in the air, suggesting possible selectivity in the emission of marine microbes into the air. This selectivity could also partly explain why the air’s community composition was different from the oceanic water below.

We have also found indications for long-range transported bacteria, typically found in terrestrial environments. Specifically, in the Atlantic atmosphere, we tracked dust-associated bacteria.

Our findings bring new insights into the microbial landscape in the interface between the ocean and the atmosphere and their spatial diversity and open various questions yet to be answered, such as: what are the microbial viability rates in the air? What are the factors inducing selectivity in bacterial emissions from the ocean to the atmosphere? Is there an aeromicrobiome-defined niche? 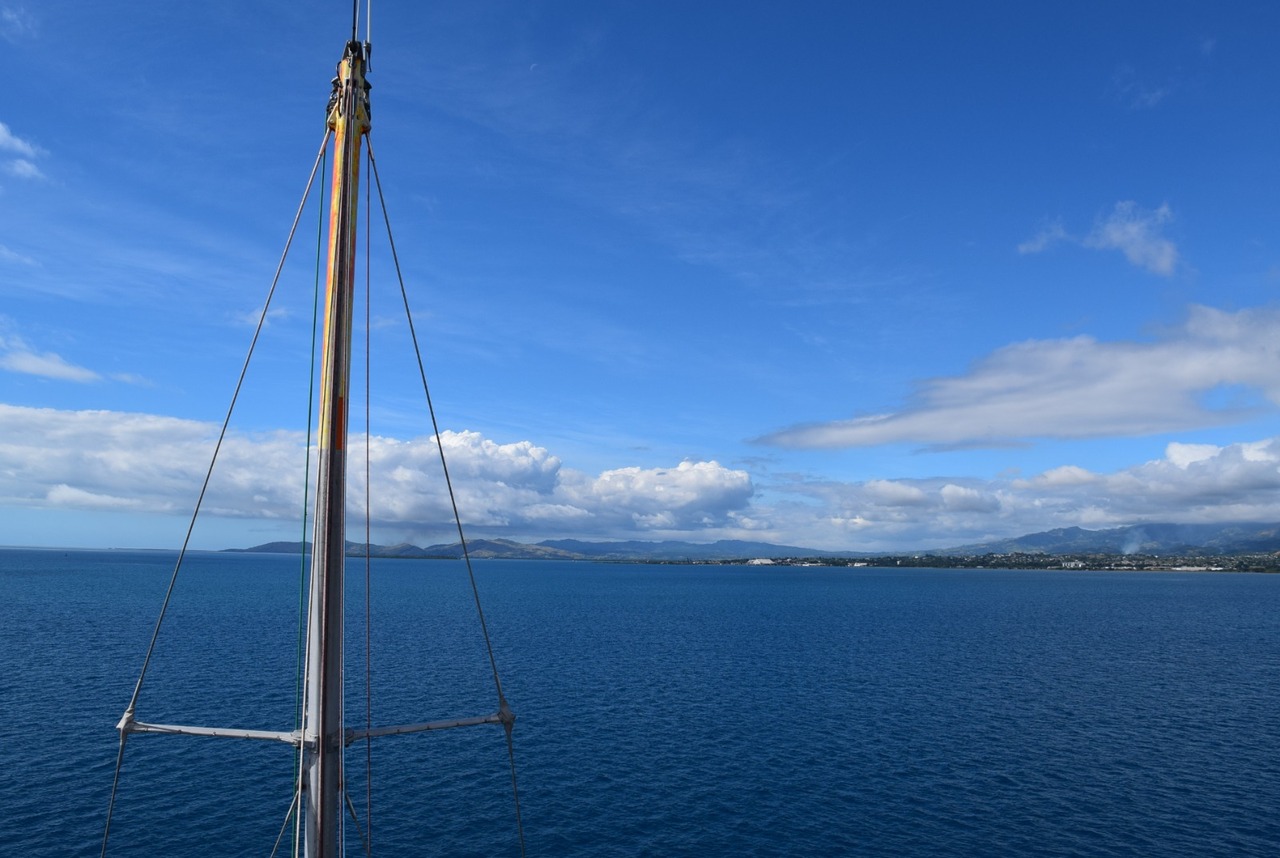 Microbial diversity and transmission between ocean and atmosphere are poorly understood despite the implications for microbial global dispersion and biogeochemical processes. Here, we survey the genetic diversity of airborne and surface ocean bacterial communities sampled during springtime transects across the northwest Pacific and subtropical north Atlantic as part of the Tara Pacific Expedition.