Fossils of rainwater: reading stories from the stalagmites

Decadal to centennial variations in the intensity of the Asian summer monsoon were coupled with Antarctic temperatures during the Dansgaard–Oeschger 8 and Heinrich 4 intervals, according to a speleothem oxygen isotope record from Yongxing Cave, China.

Asian monsoon is one of the key components of the global climate system, as it transports the moistures and heat from the Indian Ocean and West Pacific Ocean into the southern and southeastern Asia, even into higher latitudes, exerting important impacts on the most-densely-populated region. For a long time, scientists have been working hard to accurately trace the history of the Asian monsoon changes and to understand its mechanisms, in order to predict the trend of climate change in the Asian monsoon region under the background of global warming. Previously, the Asian monsoon is reconstructed using the loess profiles in northern China, and the loess itself is one of the three dominant carriers for paleoclimate and paleoenvironmental reconstruction. The oceanic sedimentation, bipolar ice core and loess are three milestones in the study of global paleoclimate change processes and dynamics.

The geochemical processes undergoing the formation of stalagmites (a secondary carbonate deposit in caves) are influenced and controlled by climatic and environmental factors, and a variety of indicators (such as carbon-oxygen isotopes, trace elements, growth rates, etc.) are used to reconstruct past climate and environment changes. For example, uranium-based isotopes in stalagmite deposits provide evidence for dating, while the oxygen isotopes are interpreted as the monsoonal intensity. Particularly, stalagmites have advantages of both the long-term changes in oceanic sedimentation and the annual layers in tree ring, providing a new potential for studying the relationship between orbital-scale, millennial-scale and interannual-scale climate changes.

In this study, we used the uranium-dated stalagmite from Yongxing Cave, with hundreds of oxygen isotope data, to reconstruct the Asian monsoon changes during the last glacial period, during which time there were minor anthropogenic forcings on climate. The data shows that being the atmospheric bridge for both hemispheres, the Asian monsoon is strongly influenced by the Antartic temperature changes, even on the decadal timescale, which is similar to the relationship in the present day. More interestingly, we find the recurrence characteristic of  climate system during the last ice age. That is, simlar variations in trend, amplitude and internal decadal-scale structures of the Asian monsoon during Dansgaard-Oeschger 8 and Heinrich Stadial 4, the Younger Dryas and Heinrich Stadial 1 and the Dansgaard-Oeschger 17-16 and Heinrich Stadial 6. We suggest that similar mechanisms are operating behind these variations, including the millennial-scale ocean circulation changes and the centennial-to-decadal-scale changes in terrestrial vegetation, the atmospheric circulation and the northern hemisphere ice sheets. Our results not only provide high-precision and absolutely-dated sequence to compare with other paleoclimate sequences, but also allow to take another step forward in exploring the drivers and response mechanisms of the climate system.

Tracing back to the impressive spring day seven years ago recalls me my first trip to Yongxing Cave. The cave is not large but its narrow entrance is 3 meters high. After climbing up into the inner cave, we found the ground covered with thick yellow muds, insects crawling ups and downs on the walls, and bats hanging down from the top. Every time when the searchlights flickered, we could feel the nearby flapping swings of the bats. It was not my first time seeing bats, but was my first time facing with so many scaring  bats. Apart from those bats, what attracted us most were the cave deposits from the top and on the ground. The stalactites look like shining crystals (Fig. 1), and the stalagmites are like bamboo shoots (Fig. 2). The sample YX175 was lying on the ground when we found it, perhaps droke down by villagers or explorers playing in the cave. After collection, we scliced and polished this cute, short sample in our laboratory. Since then, I have been fond of spelunking. It is so COOL! I can see the colorful rocks, the layers of deposits, the meandering corridors, the different shapes of caves, and most importantly, I can take COOL photos (Fig. 3).

Actually, our stalagmite group began cave exploring since 1992, starting by Professor Yongjin Wang, the leader of our group, who guides us in all aspects of cave study, including field work, lab experiments, data curation and climate research. Professor Wang have been dedicated to cave studies since 1992, especially the famous caves named Hulu, Sanbao and Dongge, all locating in the monsoonal regions of China. He is the first one to study the stalamites in Hulu Cave and finishes his doctoral dissertation based on it. And he publishes the first Chinese speleothem paper on the Science, making a great breakthrough in paleoclimate research. Professor Wang is the backbone and the core of our team, always motivating and encouraging us to explore scientific problems and to seek the truth in the nature world based on solid data foundation. Three years ago, even at the age of sixty, Professor Wang joined our field expedition to a new and complex-structured cave. One can never deny his passion on caves and monsoon dynamics! Inspired by Professor Wang, every teacher and student in our group is working hard, including Professor Shitao Chen, the corresponding author of this paper. Professor Chen works hard on the dynamical relationship between Antarctic climates and the Asian summer monsoon and he published his idea earlier in a 2016’s paper. In the previous paper, he found the coupling of Asian Monsoon and Antarctic climates on sub-orbital timescales. Considering the climate dynamics in the modern settings, he suggests that on short-term timescales, the coupling could exist and this is why our group try to derive high-resolution data from Yongxing Cave to test this thought. And his thought is proven right on the decadal to centennial timescales. In the future, we will still work on the Yongxing samples, and try to find if this relationship could be extended onto the annual timescale. We will try, and time will tell. 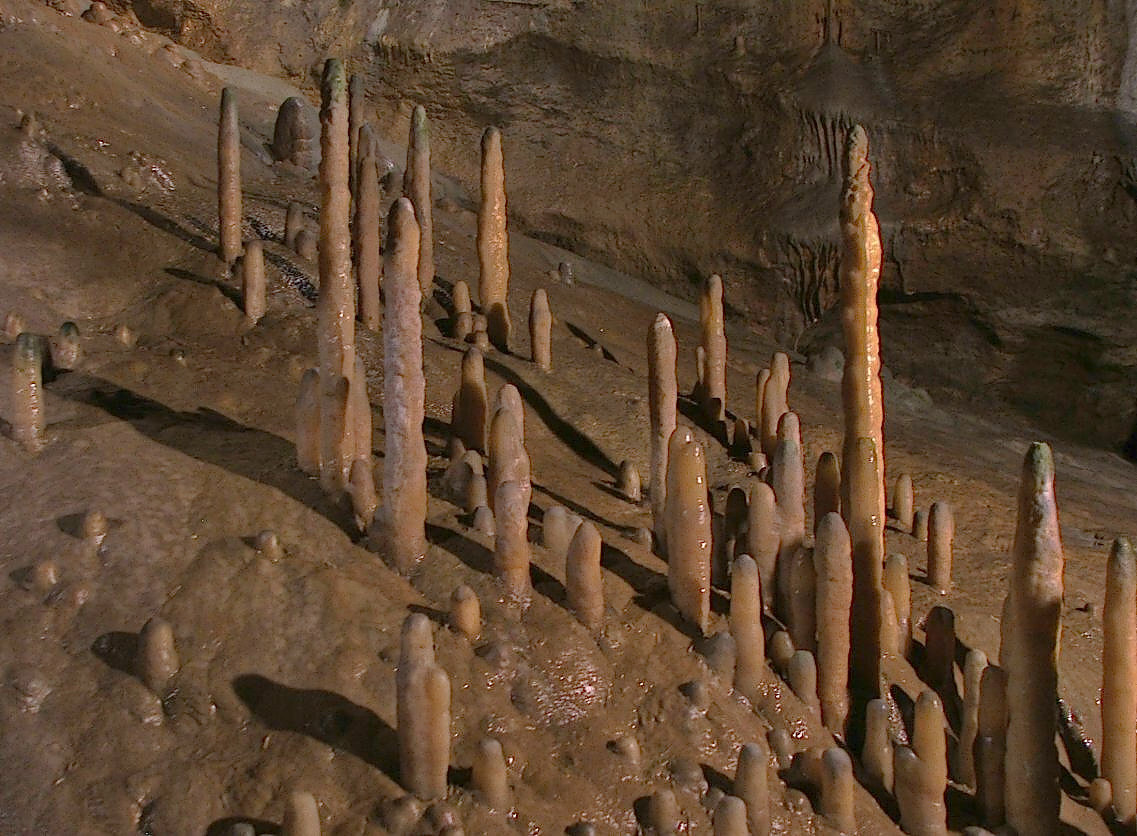 Fossils of rainwater: reading stories from the stalagmites