Hydrogen is considered as an important future energy carrier for applications in many sectors of a low-carbon economy. To what extent is a transition to a green hydrogen economy a clean alternative to fossil fuel energy ?
Didier Hauglustaine
Senior Researcher, LSCE (CEA-CNRS-UVSQ), Université Paris-Saclay
Follow
Like Liked by Evelina Satkevic and 2 others
0

Transitioning to a hydrogen economy has the potential to mitigate carbon dioxide emissions. The hydrogen leakage rate and the production pathways appear, based on simulations with a global model, as key leverages to reach a clear climate benefit from a large-scale transition to a hydrogen economy.

Inflammable air, known today as hydrogen, was first produced and identified by the British chemist and physicist Henry Cavendish in its communication to the Royal Society, and further publication in Philosophical Transactions, in 1766.  Hydrogen is the most abundant chemical element in the universe and the main constituent of the Sun and of most stars whose energy comes from the thermonuclear fusion of this hydrogen. On planet Earth, 4.5 billion years after its formation, hydrogen remains mainly present in water molecules, in its different states, or embedded with carbon in methane (CH4) and other hydrocarbon molecules, from which humans can extract it. Hydrogen is also found in the fumes of certain volcanoes in the form of H2 or CH4. In the atmosphere, the presence of hydrogen has been known for a long time. Earlier estimates of its abundance were already provided in 1902 and the first reliable measurements were made by P. M. Schuftan in 1923.  The present-day atmospheric mixing ratio of molecular hydrogen H2 (or dihydrogen) is about 0.55 parts per million.

H2 is recognized as an important future energy carrier for applications in many sectors of a low-carbon economy. In 1766, Cavendish produced hydrogen by the action of sulfuric and hydrochloric acids on various metals. Today, hydrogen is produced, together with oxygen, by splitting the liquid water molecules (or directly from ambiant air humidity as it was recently demonstrated) by electrolysis. As discovered in 1840 by the German-Swiss chemist Christian Friedrich Schoenbein while he was conducting his research on electrolysis, this oxygen produced at the anode leads to the formation of  an odoriferous principle later on called ozone. But this is another story ... The water electrolysis producing hydrogen can be powered by renewable energy in the case of green hydrogen or even by nuclear energy in the case of pink hydrogen. Hydrogen is also produced today from fossil fuels by steam reforming of methane in natural gas in conjunction with carbon sequestration in the case of blue hydrogen, or without carbon sequestration in the case of grey hydrogen.

Hydrogen is increasingly being considered as a key part of the global energy transformation needed to limit global warming, reach climate neutrality and meet the climate goals of the Paris Agreement. H2 is recognized as an important future energy carrier for applications ranging from power generation, transportation, industry, building heating and energy storage. The use of green or pink hydrogen enables energy conversion and storage, and can provide a way to decarbonize sectors of the economy where decarbonization has no alternative or is hard to reach, such as long-distance transport by truck, train or airplane, heavy industries, or for domestic use in mixture with natural gas.

As a symmetric molecule, hydrogen has no direct greenhouse effect but is rather an indirect climate gas which induces perturbations of atmospheric methane, ozone in the troposphere and stratosphere and water vapor in the stratosphere, three powerful climate gases. Based on the results of a numerical global climate model, we calculate in our paper various indicators intended to quantify the climate impact of hydrogen (i.e., climate metrics) and in particular we derive a Global Warming Potential (GWP) at a time-horizon of 100 years of 12.8 ± 5.2. In other words, the release of one ton of dihydrogen into the atmosphere corresponds to the emission of nearly 13 tons of CO2 equivalent.

Based on our calculations, a clear climate benefit arises from a transition to a green hydrogen economy. For a leakage rate in the range of 1-3%, the use of green hydrogen in a given segment makes it possible to avoid 90% to 99% of CO2 emissions. In the scenario considering a mix of blue (30%) and green (70%) hydrogen, we calculate for a leakage rate of 1-3%, a significantly lower climate benefit with still about 50% to 80% of CO2 emissions avoided in this segment. This moderate climate benefit obtained in the case of a blue + green hydrogen energy mix decreases sharply with the increase in the contribution of blue hydrogen to the energy portfolio.

All the scenarios considered in this study for a future transition towards a hydrogen economy in Europe or in the world during the 21st century clearly suggest that a green hydrogen economy is beneficial in terms of CO2 emission mitigation for the relevant time horizons and leakage rates considered. In contrast, the results suggest that carbon dioxide (CO2) and methane (CH4) emissions associated with the production and transport of blue (and grey) hydrogen significantly reduce the climate benefit of a such a transition and even introduce a climate penalty in the event of a very high leakage rate or strong penetration of blue hydrogen on the market. Reducing the leakage rate of H2 (and CH4 in the case of blue hydrogen production) and increasing the green hydrogen production sector appear to be the key leverages towards maximum mitigation of CO2 emissions from a large-scale structural transition to a hydrogen economy.

It should be kept in mind, that the H2 climate impact is indirect, through changes in the methane lifetime, ozone and stratospheric H2O and is therefore subject to larger uncertainties than direct climate forcings from other climate pollutants. The soil uptake of hydrogen by bacteria is in particular a key player regarding the H2 lifetime in the atmosphere, and a shorter lifetime will decrease the climate impact of H2. Therefore we stress the need for better constrained atmospheric and soil models based on a reliable H2 observational network in order to derive even more robust estimates of hydrogen key climate metrics.

In our paper we examine the climate impact of hydrogen released into the atmosphere at the surface. The climate impact of hydrogen emitted at higher altitudes is even more complex to determine. It is for instance the case for liquid hydrogen-powered aircraft which could emit water vapor as a product of hydrogen combustion directly into the upper-troposphere and lower-stratosphere where it has an important greenhouse effect and a potential impact on the stratospheric ozone layer. The water vapor emissions from liquid hydrogen-powered airplane can also impact climate by forming contrails and induced-cirrus differently than conventional aircraft. The current knowledge is not yet sufficient to determine the climate impact of these cryoplanes and derive robust climate metrics. But research is underway ... 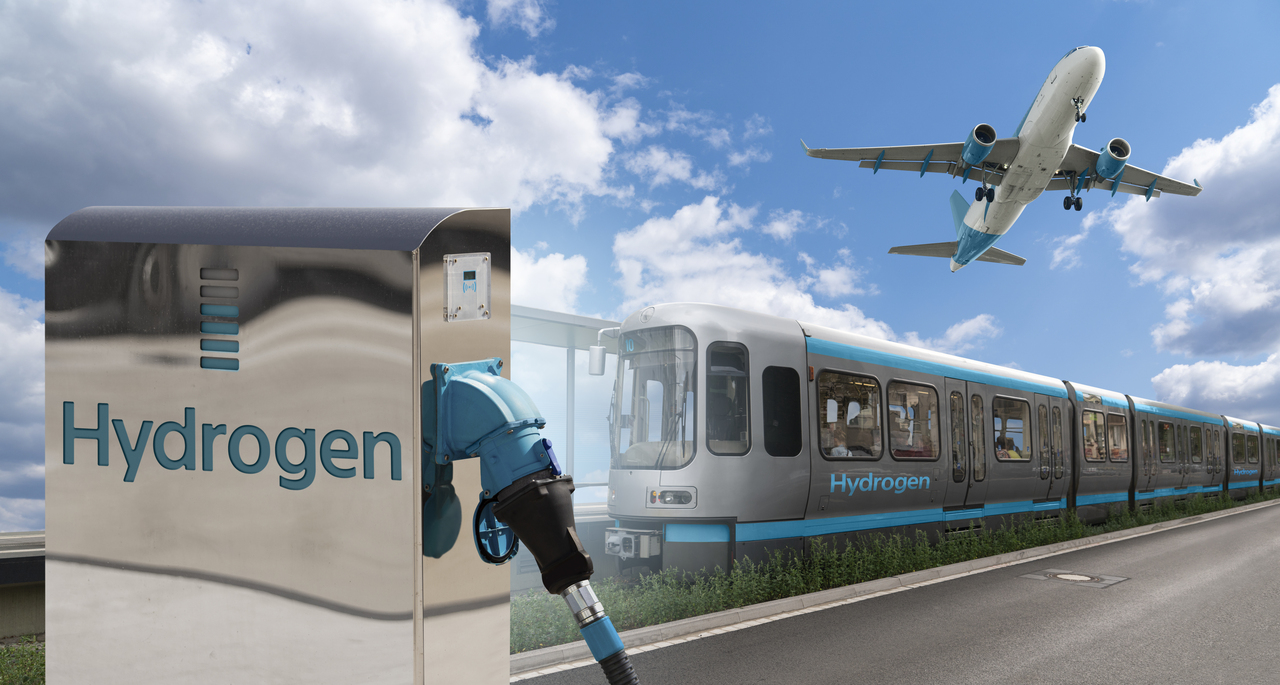 Hydrogen is considered as an important future energy carrier for applications in many sectors of a low-carbon economy. To what extent is a transition to a green hydrogen economy a clean alternative to fossil fuel energy ?