The “inverse altitude effect” (IEA) directly contradicts the basic theory of stable isotope paleoaltimetry. This study explores the causes of the IAE from an atmospheric circulation perspective using δD in water vapor on the global scale.

When talking about the Tibetan Plateau, the first impression you may have is that it is cold and desolate. I used to think so as well. But when I went to the southern Tibetan Plateau to collect leaf samples, I found that I was totally wrong. With the glaciers, forests, rivers, and yaks revealing themselves to me, I was breathless by the incredible scenery which I had never seen before.

Figure 1. A snapshot of the beautiful scenery in the southern Tibetan Plateau (photo credit W Yu)

As a Ph.D. student in the Institute of Tibetan Plateau Research, Chinese Academy of Sciences, I was conducting fieldwork to explore the variations of stable isotopes in leaf water at different altitudes. Although I was expecting some new findings, the results were not surprising. Similar to other water samples (snow, rainfall, river water, etc.), the stable isotopes in leaf water samples we collected showed a so-called “altitude effect”. The altitude effect refers to the phenomenon in which the stable water isotopes decrease with increasing altitude and accompanying lower temperature. Based on this isotope-altitude relationship, scientists have developed a method called paleoaltimetry to reconstruct the uplift history of famous mountains and massifs around the world, like the Tibetan Plateau, the Alps, and the Rocky Mountains.

Just when I was feeling down, my supervisor Prof. Wusheng Yu reminded me that the stable isotopes in several surface isotopic carriers like snow, rainfall, and river water in the northern Tibetan Plateau show an “inverse altitude effect” (IAE), i.e., the stable isotopes can increase with increasing altitude. Obviously, this IAE directly contradicts the theoretical foundation of stable isotope paleoaltimetry. The reasons for the IAE had puzzled scientists, who usually explained it from local and surface perspectives. But the explanations are diverse and difficult to be reconciled. This enigma of the IAE deeply intrigued me.

So, I started to pay attention to the issue of the IAE, and by chance, I found that it also occurred in water vapor isotopes observed by Ehhalt et al. (2005), although the authors did not refer to it by name. When I excitedly discussed this with my supervisor, we realized that we can do something different. Thus, Prof Yu decided to change my research topic from leaf water stable isotopes to water vapor stable isotopes and suggested that I should focus on the key scientific question of whether the IAE is present in global water vapor isotopes.

As we know, the gradual uplift of mountainous regions and large massifs such as the Tibetan Plateau leads to changes in atmospheric circulation patterns within the broader region, which in turn alters moisture source regions and moisture transport pathways and their inherent patterns in isotopic values. These changes complicate the application of stable isotope paleoaltimetry in such regions. Therefore, we caution that the influence of moisture source and moisture transport pathway on stable isotopic values during different mountain uplift stages requires careful consideration before using stable isotope palaeoaltimetry.

In addition, our findings also provide insights into understanding isotopic records from ice cores recovered from different elevations. One of our co-authors, Prof. Thompson, noticed that the average oxygen isotopic value in an ice core from the summit (6700 m) of the Guliya ice cap in the northern Tibetan Plateau was higher than the average value from an ice core drilled 500 m lower. The findings from our research may potentially help to resolve this apparent contradiction. As Prof. Thompson said, “the IAE raises an important issue for the interpretation of isotopes from proxy records that cover very long-time scales.” 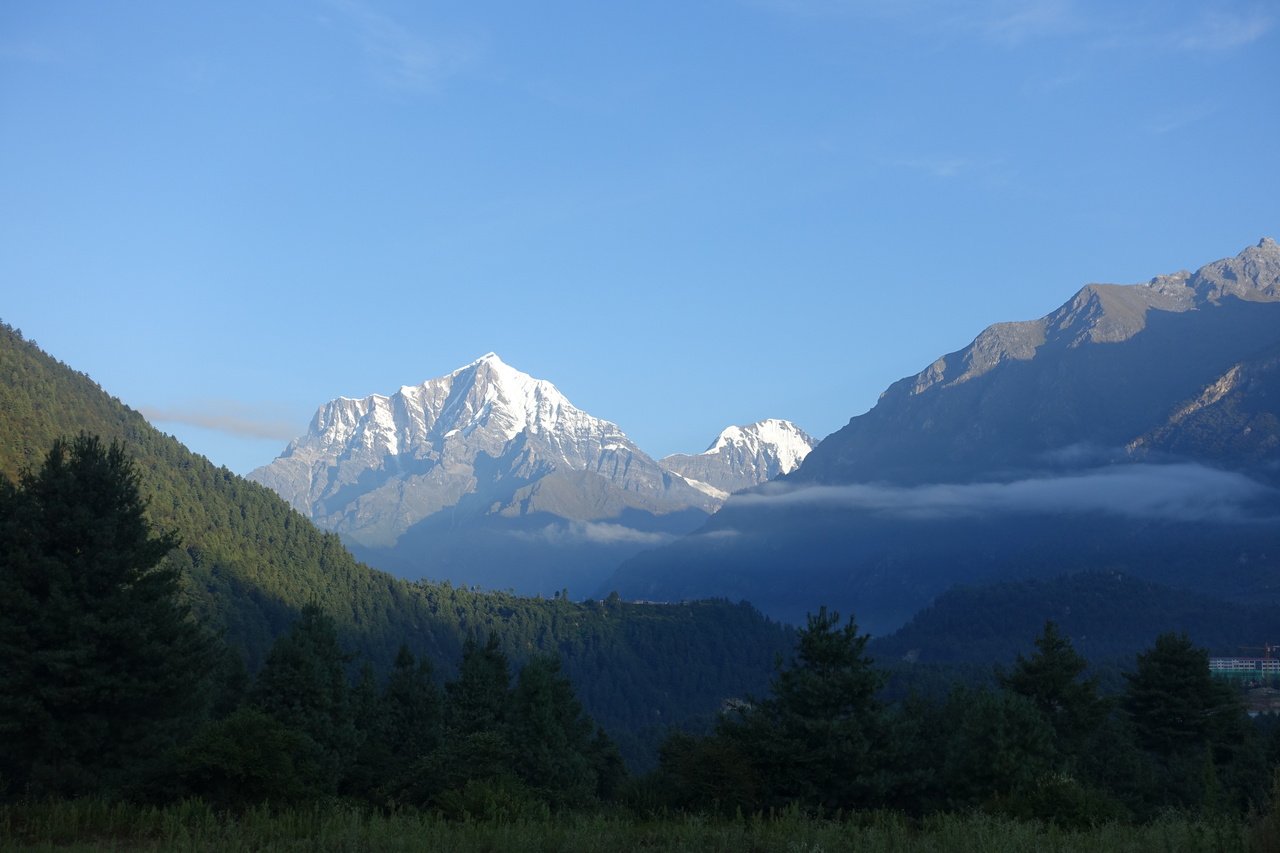