The role of Precambrian rocks fueling planetary biogeochemical cycles remains cryptic. We demonstrate they can simultaneously preserve fluids over Ga timescales and yet also effectively act as power sources generating helium resources and fueling deep biospheres on Earth and beyond.
Oliver Warr
Research Associate, University of Toronto
Follow
Like Liked by Evelina Satkevic
0

The Precambrian basement rocks of the Earth represents 72% of the continental crust by surface area and the fracture networks within are estimated to host up to 30% of the total groundwater inventory of the Earth. Despite the global distribution of these ancient rocks, much of their role in biogeochemical cycling and hydrogeologic cycles over planetary timescales remain enigmatic. For instance, although they are known to play a key role in sustaining subsurface microbial communities, acting as a source of crustal hydrogen and helium, and are capable of preserving fluids on thousand-to-billion-year timescales, the fundamental mechanics controlling these processes are poorly understood. Understanding these is imperative for evaluating the significance of potential sites for geologic repositories, or carbon dioxide or hydrogen subsurface storage, and in the context of formation of economic-grade noble gas reservoirs in a world where helium exploration is critical to meet future societal needs. Likewise, these geologic environments can provide insight towards evaluating alternative habitability models beyond Earth, where on rocky planets such as Mars, subsurface water may persist on long timescales despite surface conditions that no longer provide a habitable zone.

In order to understand the processes at work in these crustal settings and their respective rates, timescales are essential. However, conventional short-lived tracers such as tritium and carbon-14 cannot be applied for deep-time studies. Instead, geochronology of the fluids depends on measuring and interpreting the accumulation of radiogenic noble gas isotopes (4He, 21Ne, 40Ar, and 136Xe), produced through the decay of naturally-occurring uranium, thorium and potassium in the host rocks.

At Kidd Creek Observatory 2.4 km deep in the Canadian Precambrian Shield, these 4 independent noble gas-derived residence time estimates revealed consistent residence times of up to 1.7 billion years, the oldest free-flowing fluids on record. However, this discovery ten years ago was just scratching the surface of this ‘hidden hydrogeosphere’. In our paper now published in Nature Communications, which is a collaboration between Toronto, Oxford and colleagues from Princeton and New Mexico Tech, we reveal that fluids sampled at 2.9 km in the gold-uranium Moab Khotsong Mine in South Africa likewise have residence times of over 1 billion years. This landmark discovery in an independent geologic setting confirms that Kidd Creek is not alone; the ability of these deep crustal settings to preserve fluids over planetary timescales are now confirmed. The noble gases at Moab Khotsong reveal more, however: There has been significant loss of the lighter components over deep geologic time. Here we show a novel krypton tracer (86Kr) produced through the same radiogenic mechanisms, yet which has never been seen before in natural fluids, and integrate it into the established radiogenic noble gas framework. Using this new tracer, we are able to identify significant diffusive loss of helium and neon from these waters. While argon, a heavier noble gas then provides the most robust groundwater residence times, these light gases provide information on transport and diffusive loss, not only of helium and neon, but of hydrogen from these deep fluids into the overlying continental crust.

This dichotomy of fluid preservation and light element loss reveals the wide ‘closed’ to ‘open’ spectrum that these sites occupy. While some sites, like Kidd Creek can act as virtual time capsules in the crust, others like Moab Khotsong, are further along the spectrum and can be both hydrogeologically closed to penetration and mixing with surface-derived fluids, while remaining open to diffusive loss of light elements on long geologic timescales. This documented ability at Moab Khotsong for outward migration of more mobile fluid components (e.g. He, Ne, hydrogen and potentially methane) reveals the global role that the deep subsurface can have as a subsurface powerhouse, providing energy for rock-eating (chemolithotrophic) life, as well as a potential source for the formation of economic-grade noble gas reservoirs in a world rapidly running short of helium.

The findings of this study underscore the critical role of element cycling driven by natural decay of uranium, thorium and potassium in crustal environments. Specifically, they provide a framework to evaluate, validate, and quantify models of groundwater ages, and the migration of constituent components in the crust. This is essential to provide a basis to establish the degree and nature of isolation vs communication between subsurface fracture waters and the planetary surface. By accurately modelling these radiogenic processes and how light elements like helium and associated gases like hydrogen migrate will provide key ground-truthing to the generation of economic resources and for habitability models of the subsurface. This has application and implication not only for the Earth but beyond, on other solar system bodies, like Mars, Titan, Europa and Enceladus where habitability models driven by decay of radioelements is an active and major area of current investigation.

Funding for the noble gas study was provided by NSERC, NWMO, University of Oxford and CIFAR’s Earth 4D: Subsurface Science and Exploration Program. NSF and ICDP funded the drilling and installation of sampling equipment. 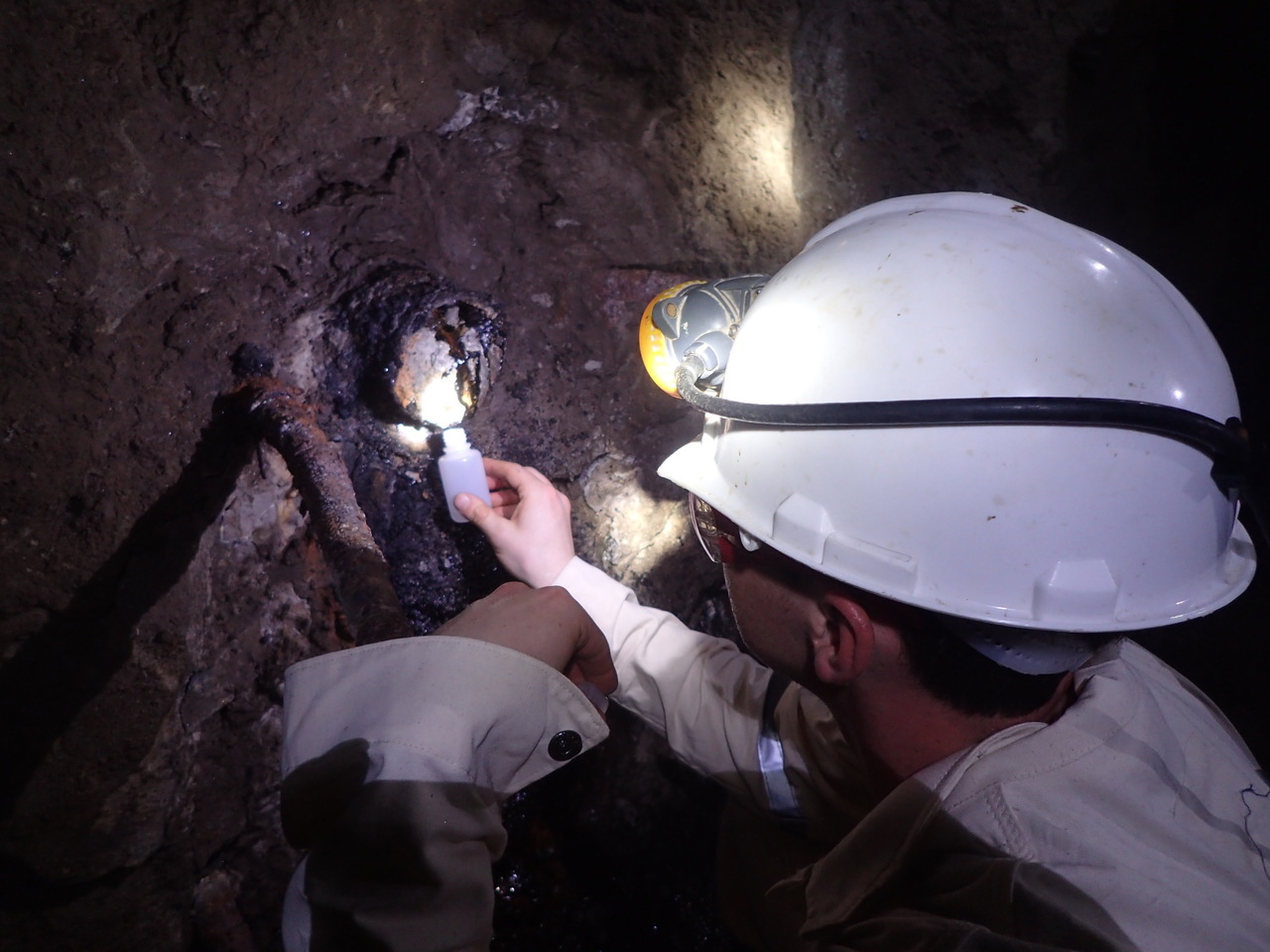 The role of Precambrian rocks fueling planetary biogeochemical cycles remains cryptic. We demonstrate they can simultaneously preserve fluids over Ga timescales and yet also effectively act as power sources generating helium resources and fueling deep biospheres on Earth and beyond.