Livelihood transition of early settlers in the Nile Delta

This study integrating pollen and non-pollen palynomorphs (NPPs) evidences shows that the earliest settlers in the Nile Delta were herders and then developed into a combination of herding and farming livelihood, gradually towards more sophisticated society.
Xiaoshuang Zhao
Postdoctoral Researcher, East China Normal University
Follow
Like Liked by Evelina Satkevic and 1 other
0

Herding then farming in the Nile Delta - Communications Earth & Environment

Non-pollen palynomorph data from the western-central Nile Delta region indicates the abundant presence of 7,000 year-old animal micro-fossils such as hair and dung, suggesting that early herders were present in the area prior to widespread agriculture.

The Mediterranean region has been home to early agricultural civilizations, including those on the Israel coast, in the Aegean and the Adriatic regions where the early farming rose in different forms prior to 8000 years ago 1. The Nile Delta, located on the southern coast of the Mediterranean, is not only a representative of land-ocean interaction in the world's mega-delta system, but also an ideal site for understanding interrelationship between human and nature, particularly in context of environmental adaptation. This has attracted worldwide focus on the early human migration, occupation, and the origins and development of agriculture. Over the past decades, many geoarchaeological studies showed that the early human activities in the Nile Delta appeared ca. 6.0-6.5 ka, which was much later than those on the circum- Mediterranean coast2,3 (Fig. 1). Some researches using animal-plant fossils in excavated sites augured that the livelihood of the early settlers was most likely a mixture with plant domestication and animal husbandry2,4. However, whether they were farmers or herders, and exactly when the occupation began and how they developed through time remains controversial. To keep in-depth discussion on this argument, more bio-evidences are needed through greater effort being paid by our geoarchaeological communities. Given the poor preservation of biological remains at site leading to challenges for reconstruction of agriculture history, well-preserved pollen and NPPs used as environmental proxies in core sediment can shed lights on the study of the early livelihood transition.

Fig. 1 Map of circum-Mediterranean coast, including the Nile Delta and Low Nile Basin. In this map showing: a) integrated pattern of the Neolithic expansion in the Mediterranean Basin, in terms of calibrated 14C dates (ka) indicated (modified after Zeder, 2008. Note: the date “7000” of the Nile Delta comes from our result 4); b) the type archaeological site of Sais El-Haggar (Predynastic); and c) the Neolithic and the Pre-Dynastic archaeological sites in the Low Nile Basin (cited from Hassan, 19885). (DEM images of this map were formed by the authors with SRTM open source at: https://srtm.csi.cgiar.org/ ).

In this study, we took one sediment core from the archaeological site Sais El-Hagger (SH-1) in the central-west Nile Delta, defined archaeologically as one of the earliest Neolithic sites (ca. 6.5–6.2 ka). High-resolution AMS-14C dating, pollen and NPPs analysis were applied to the core samples, in order to better understand the interrelationship of palaeo-environmental change and human adaptation. Methodologically, the accumulations of animal dung are mostly associated with systematic pastoral patterns where stock animals are kept in stable herds. The large Poaceae grains with classified sizes of 35–37 µm, 37–40 µm, and >40 µm are used to imply cereal domestication elsewhere in the world. These provide insight to interpret the livelihood transition of the ancient Egyptian cultures in this study 6.

The dated SH-1 sediment profile showed the Holocene epoch, consisting of the basal “Turtle-back” sand on which our earliest human settled ca 7.0 ka. No intense land-use occurred before this time. This probably complies with no archaeological sites >7.0 ka found in the Nile Delta. A brief (7.0–6.7 ka) drying climate condition was inferred from the pollen evidence, which would have brought suitable condition for herding economy6. Our NPPs showed animal dung/hair that emerged and peaked in great numbers, suggesting herd animals being brought to the site. The large Poaceae grains appeared at 6.7 ka, implying the beginning of the earliest crop farming in the Nile Delta by far. We therefore propose that herding predates farming at the site by at least 300 years. A little correlation between wild Poaceae (<35 µm) and those of classified Poaceae grains indicates “know-how” of farming brought from outsiders4. After 6.7 ka, husbandry livelihood undertook at the site, indicated by concomitant fluctuations of animal microfossils and large Poaceae grains. The generally decreasing trend of animal dung/hair vs. the increasing large Poaceae grains through time suggests that herding may have given way to agricultural activities since 6.0 ka, probably due to population growth. Fire-enhanced land exploitation could have helped cope with increasing pressure from increasing population. The early livelihood transition at the site saw how the early settlers was environmentally adapted through time. It is worthy to mention that similar results at another archaeological type site of Kom El-Khilgan of the central-east Nile Delta was reported in our previous study (Fig. 1)4.

In short, our study reported that herding at the site started 7.0 ka, ca. 300 years early than cropping-based farming. This is not only to show the livelihood transition in the Nile Delta, but also the first to fill in the geochronological gap left from previous studies. 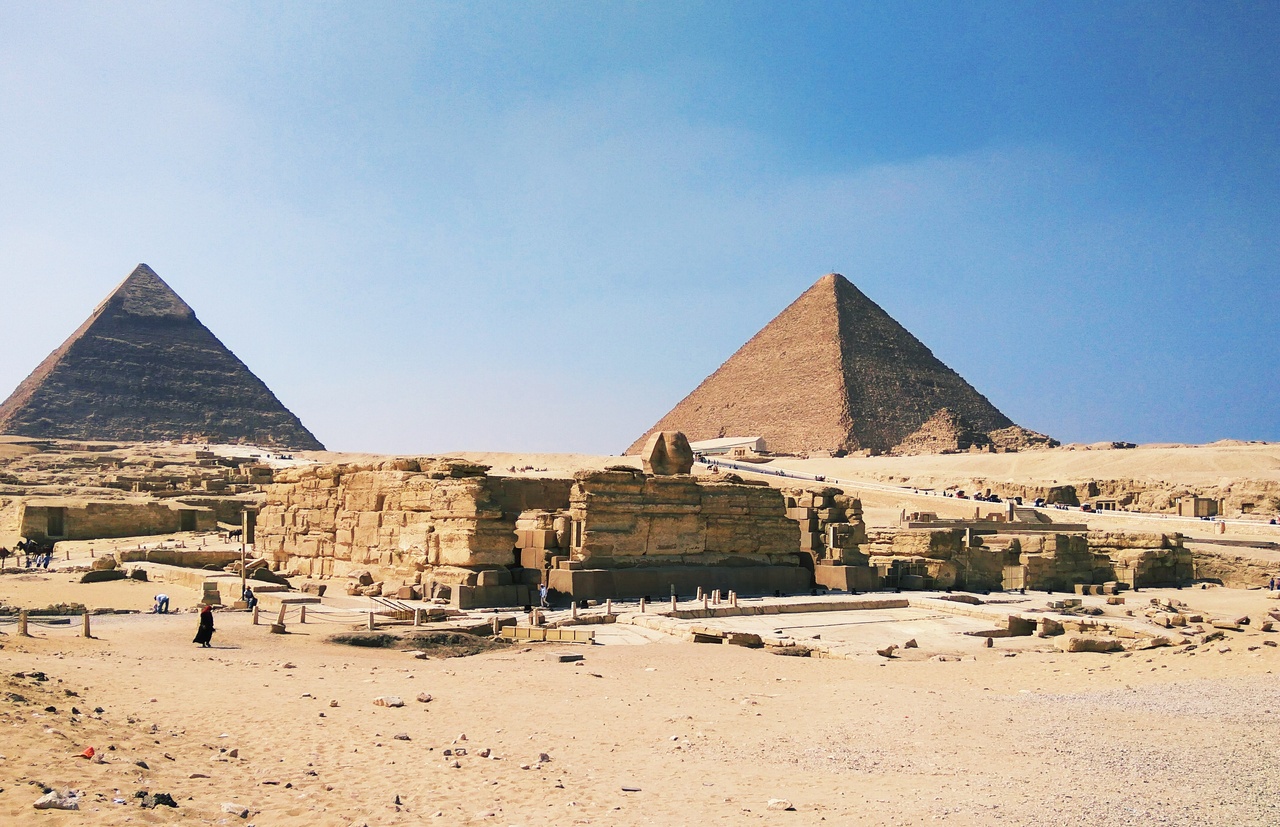 Livelihood transition of early settlers in the Nile Delta

This study integrating pollen and non-pollen palynomorphs (NPPs) evidences shows that the earliest settlers in the Nile Delta were herders and then developed into a combination of herding and farming livelihood, gradually towards more sophisticated society.