We quantify the air quality and health impacts of Indian crop residue burning and trace these impacts back to individual burning events by hour and district. We find that small interventions, such as burning one hour earlier in the day, may provide broad public health benefits

Degraded air quality shortens the lives of millions in India. It is estimated that at least 140 million Indians are breathing air with fine particulate matter (PM2.5) pollution at concentrations 10 times or more greater than current World Health Organization recommended limits, and in 2019 India had the world's largest estimated number (1.7 million) of air pollution-related premature deaths (Pandey et al., 2021). The burning of agricultural residue, a widespread method used to clear fields and prepare for the next planting season, has been estimated to be responsible for 66,000 of these deaths each year (Global Burden Disease 2018).

Neither bans nor incentives have been effective in mitigating this issue. Bans are deeply unpopular and difficult to enforce, while incentives have not been able to address the underlying problem: that farmers have few realistic alternatives. Alternative interventions are needed, but these need to be both straightforward to implement and attractive to the community that will be responsible for its implementation. Any intervention which adds to the substantial existing burdens of the agricultural community is unlikely to succeed – as evidenced by the widespread protests to agricultural reform which resulted in the repeal of such legislation last year.

Our goal was to help decision makers find such solutions. Unlike traditional studies of air pollution which start by assuming an intervention and then calculating its effects, we used inverse modeling to start from the effects and then find potential interventions. Instead of focusing on a single pollution hot spot such as Delhi, where air pollution problems have been notoriously serious, we focus on the whole Indian population - since epidemiological evidence shows no threshold of PM2.5 under which no harm to humans is observed. To our surprise, we found that the impacts of residue burning are closely tied to the specific hour in which the burning occurs – such that encouraging farmers to start their burning just a few hours earlier may reduce residue burning-related air quality impacts across India by up to 19%. If applied to just in one state in India, our models suggest that this would translate to 9,000 fewer deaths every year, with six districts contributing to 40% of this benefit. Similarly, we found that air quality across India is disproportionately sensitive to burning in specific districts. This means that encouraging farmers in those regions to (for example) grow low-residue crops could also improve health outcomes – potentially even a change as simple as switching to basmati rice rather than the more residue-intensive non-basmati varieties.

This opens the door to real human benefits at minimal cost. Previous attempts at residue burning regulation have typically been practiced at national or regional scales and have often been ignored or evaded in part because they make the lives of farmers significantly more difficult. Farms in India are already under substantial pressure due to water regulations which restrict the timing of their harvest, resulting in very little time to clear fields – making burning an attractive (and cheap) option. Our hope is that interventions which acknowledge and work around these challenges are therefore more likely to succeed.

Certainly more work is needed before an intervention can be implemented in practice. Traditional studies with higher-fidelity models are needed to verify our findings, and observational work on burning practices is needed to ensure that burning practices are well understood and represented. Farmers and regulators also need to be directly engaged to find policy options which are palatable to all parties while remaining effective. As an external party we can only hope to provide new options and data which can help in this decision-making. However, we believe that these kinds of “target-focused” modeling approaches offer a dynamic and flexible opportunity to identify promising new interventions – ones which could meaningfully improve the health and wellbeing of communities worldwide suffering from the effects of air pollution. 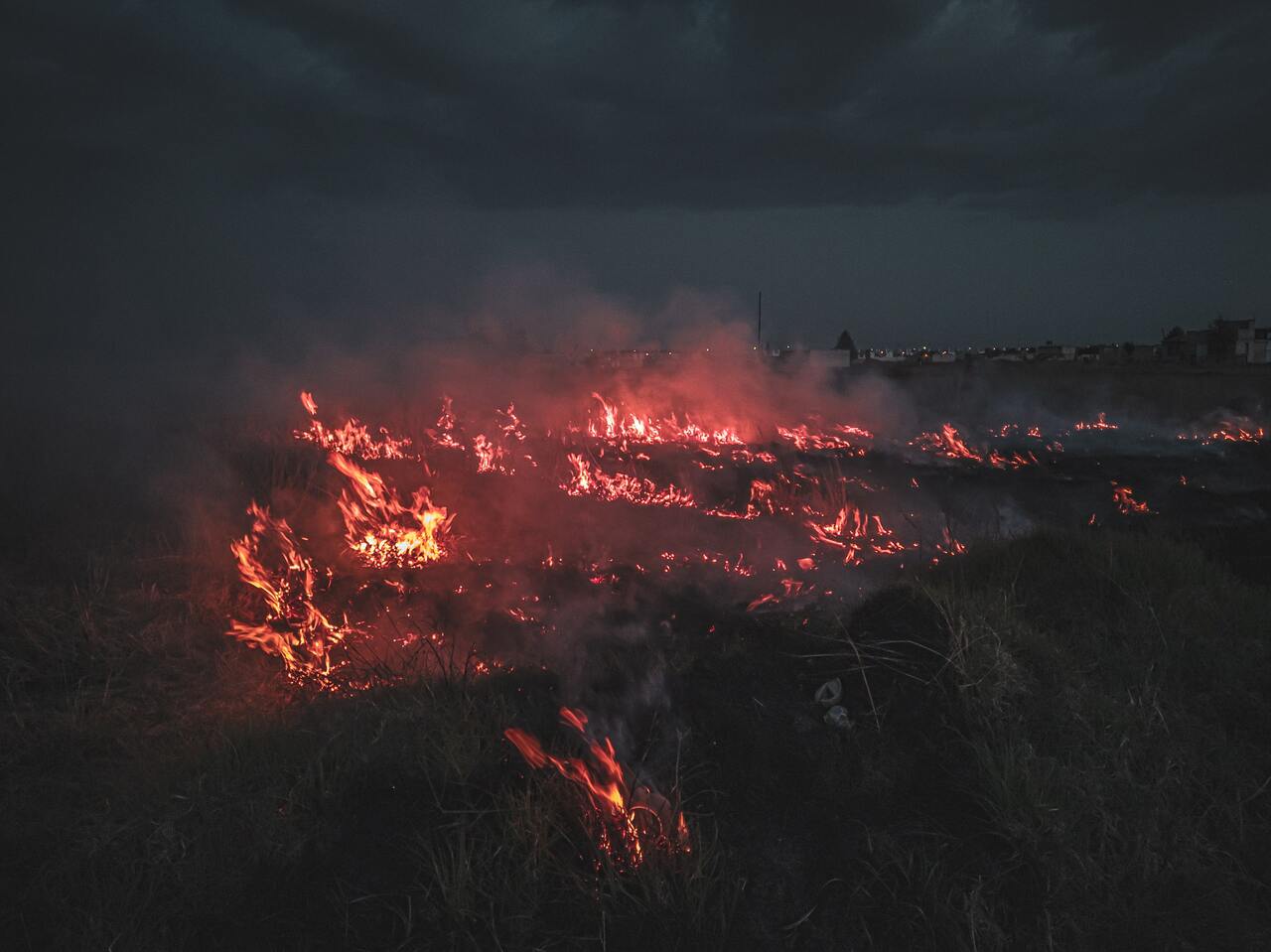