This study presents a network of satellite altimetry-based ‘virtual’ coastal stations together with decade-long sea level time series and associated trends along most of the world coastlines.
Anny Cazenave
Senior scientist, LEGOS
Follow
Like Liked by Evelina Satkevic
0

Sea level trends at decadal timescales within 20 km of the world’s coastlines can be determined for the period 2002 to 2019 through dedicated reprocessing of high-resolution along-track altimetry data.

Planet Earth is currently in a state of energy imbalance, reemitting less energy into space than it receives from the Sun. This is a consequence of the increasing concentration of greenhouse gases in the atmosphere, mostly carbon dioxide, from anthropogenic fossil fuel combustion and land use change, in particular deforestation. About 90% of this extra heat is stored in the oceans, causing ocean temperature increase, hence thermal expansion of sea waters. Another 3% of the current Earth energy imbalance contributes to sea ice melting and ice mass loss from glaciers, Greenland and Antarctica. As a consequence of ocean thermal expansion and land ice loss, sea level is rising.

For three decades now, sea level changes have been routinely measured by high-precision altimeter satellites at global and regional scales. Satellites show that since the early 1990s, sea level has risen by ~10 cm on a global average, and up to 20-25 cm in some oceanic regions. However, altimeter satellites have been designed to monitor sea level changes in the open ocean and exhibit a significant shortfall in performance along the world coastlines due to contamination of emerged land into the portion of the Earth surface illuminated by the radar signal when the satellite approaches the coast. As a consequence, sea level data are commonly inaccurate and then simply discarded by processing systems in a band of about 15 km wide along the world coastlines.

Today about 10% of the world population live nearby the sea at altitudes less than 10 m above sea level, with a large fraction concentrated in the largest world megacities. This number will increase in the coming decades as coastal cities continue to grow, especially in developing countries, and sea level continues to rise in the decades and centuries ahead, at a rate that will depend on future greenhouse gas emissions. For adaptation purposes and socio-economic issues, measuring and understanding present-day sea level change at global, regional and local scales, as well as accurately projecting future sea level rise under different global warming scenarios, stand among the highest priorities in climate research.

Because the rate of sea level rise at the coast can significantly deviate from that in the nearby open ocean (due to processes involving the ocean, the atmosphere, the cryosphere and even the solid Earth), coastal sea level observations are crucial to assessing future flood risk. Tide gauge records have been our primary source of information on coastal sea level, but long records are restricted to a small number of locations and large stretches of coastline remain ungauged (e.g., around Africa and South America; see Figure 1). This poses a major challenge to the design of coastal adaptation plans. To address this challenge, we decided to reprocess with dedicated algorithms raw altimetry measurements collected since 2002 by the successive Jason-1, Jason-2 and Jason-3 altimetry missions. Such algorithms allowed us to overcome the hardship of classical open-ocean altimetry algorithms and produce high-quality altimetry data along the world coastlines. The ultimate objective was to answer the question: ‘Is coastal sea level rising at the same rate as in the open ocean?’. Supported by the Climate Change Initiative programme of the European Space Agency, our study* worked at producing validated long-term sea level time series in the coastal zones of Northeast Atlantic, Mediterranean Sea, whole African continent, North Indian Ocean, Southeast Asia, Australia, and America. This allowed us to fill a large part of the existing gaps in coastal zone coverage and represents an important step towards addressing fundamental long-standing questions about coastal sea level changes.

Current status of the in situ tide gauge network (https://www.psmsl.org/products/gloss/status.php)

Our study provides monthly sea level time series since 2002, and associated sea level trends, as close as 1 km to the coast, even less in some cases, with an average distance from the coast of 3.5 km. This is an unprecedented coastal coverage for any long-term altimetry data set, that may be of interest to the international oceanography and climate communities.

We introduced the concept of ‘virtual coastal altimetry stations’ to designate the point of the shortest distance to the coast reached with our reprocessing. Unexpectedly, we found that at about 80% of the 756 virtual stations, the rate of sea level rise does not differ from that offshore. But for the remaining virtual stations, sea level has risen either faster or slower than in the open ocean over the past two decades, depending on the location. Our main goal at present is to understand if small-scale coastal processes can cause such behaviours. Although many candidates can be invoked (e.g., changes in shelf currents, wind-driven dynamics, waves, fresh water input from river runoff in deltas and estuaries, …), the task is challenging because the major processes at work vary from coast to coast, and adequate oceanographic data needed for further analysis are quite sparse along most of the world coastlines. In this context, high-resolution oceanographic and hydrodynamical coastal models will be extremely useful for that purpose.

The authors would like to acknowledge the partial financial support for this work provided by the European Space Agency. 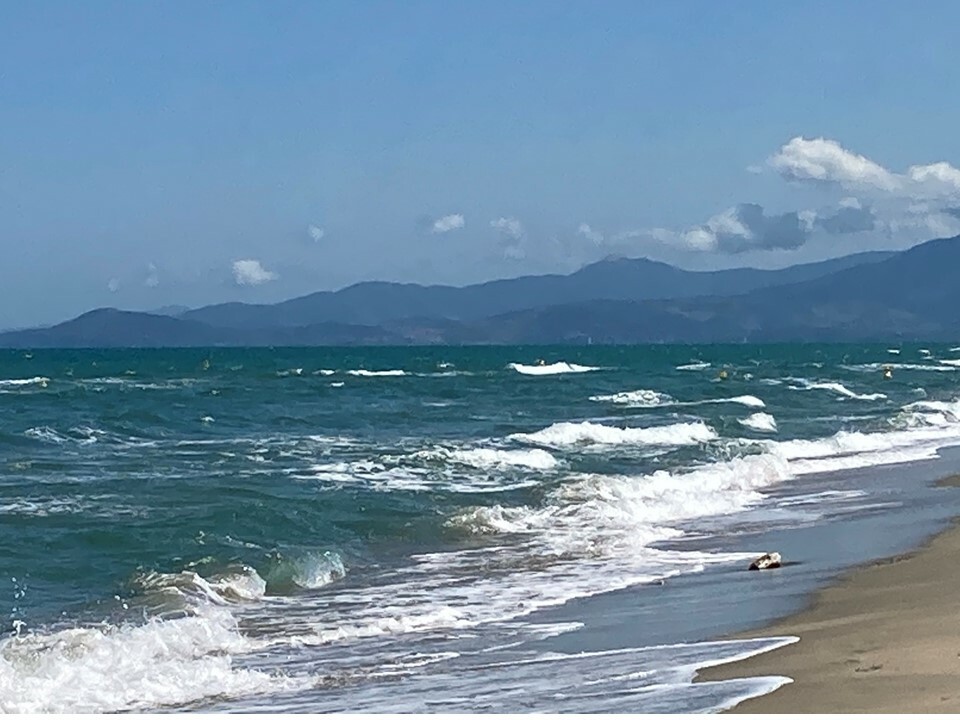 This study presents a network of satellite altimetry-based ‘virtual’ coastal stations together with decade-long sea level time series and associated trends along most of the world coastlines.