A Community from Nature Portfolio
Scientific Reports
Behind the Paper

Although the East-European grain invasion may appear to be a new phenomenon the region is a part of an ancient food production-consumption system that has been restored before our eyes. Meanwhile, a profound regional transformation has characterized European wheat and maize production over the last decades.
Zsolt Pinke
Senior research scientist , Eötvös Loránd University
Follow
Like Liked by Evelina Satkevic
0

Wheat provides more than 20% of humanity’s energy intake. Providing ca. one-third of the world’s annual wheat harvest and almost half of the global wheat exports, Europe (including Russia) is a center of global wheat production Maize is the primary forage of livestock globally, and a staple food in certain tropical and sub-tropical areas. Europe’s share of total global maize production is ca. 11%.

As Europe is a protagonist of global food security and in the development of a brand new sustainable land-use system, charting the long-term trends in European grain production and understanding the relation of yields to climatic and economic drivers is essential for successful land-use planning. Meanwhile, there are tangible and profound transformations, e.g. Eastern European countries have taken over the leading positions in global export rankings in recent years, but a detailed analysis of the overall pattern of yield and production trends of European countries over the past decades is still lacking. Probably because certain European countries were blank spots on yield maps. Considering the limitations of available data, we made country scale analyses for grain yield associations with temperature, precipitation, and gross domestic product (GDP).

More than 2,300 years ago, ancient Greeks integrated the Black Sea Basin as a grain supplier to the Mediterranean world. Since then this food production-consumption system had worked during peaceful times when life took place in “normal operation”. We found that a rapid technological transfer has pulled the focus of the European wheat and maize production from West to East and this ancient grain production-consumption system has been restored before our eyes since the collapse of Soviet domination.

The two main producers, Ukraine and Russia, were together accounting for one-third of global grain exports before the Russian aggression. Wars, however, in the Black Sea Basin, like the Russian invasion in Ukraine today are able to block the system performance.

We also found that the warming climate has placed pressure on growing areas. The loser in the regional transformation is the Mediterranean region where the area of wheat and maize cultivation declined by an estimated 12 million ha between 1961 and 2017. The abandonment of cereal fields was a part of a wider landscape transformation in the European part of the Mediterranean since almost 19 million ha of arable land was abandoned over the last 60 years. The extent of the deserted arable lands in this region was equivalent to an estimated half of the Canadian arable lands.

The highest degree of sensitivity of wheat and maize yields to increasing summer temperature was found in Eastern and Central Europe. These regions, however, are the centers of the development of crop production in Europe. Besides negative effects, a positive impact of climate change was published in the article. Increasing January–March temperatures have had a significant positive impact on wheat yields from Northern to South-Eastern Europe, and this is, at least in part, compensating for the negative impact of summer warming.

The question is in food security today, how to react to the wartime blockade of the Black Sea. The horrific Russian aggression generates many uncertainties and negative consequences. An urgent task to fill the currently evolving global grain deficit poses serious challenges for countries heavily dependent on cereals imports in northern Africa, Asia, and the Middle East. The food index is approaching its all-time high of 2011 (Arab Spring), causing a serious blow to household finances and fewer choices on shelves, especially in emerging countries, holding the potential of possible unrest.

The question for tomorrow, however, is that how to mitigate the climate challenge emerged in Eastern and Central Europe since a significant part of the global growth potential is threatened by global warming in the region.

The challenge for nature protection and folks with a great commitment to nature is that skyrocketing food prices are the main fuel of land conversion to croplands i.e. ecosystem destruction further harming the potential for habitat restoration and the implementation of biodiversity and climate change strategies. Nevertheless, the escalating drought vulnerability of the southern part of Central and Eastern Europe urgently triggers tangible solutions to mitigate climate challenges. In this avenue, nature-based solutions, for instance, restoration of destroyed habitats, mainly wetlands that have low agroecological suitability for unavoidable tasks and tools. 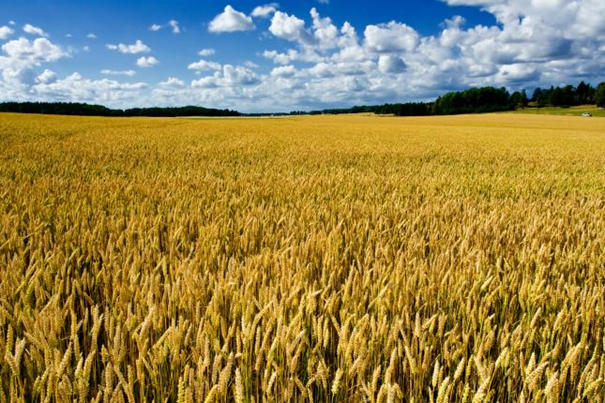 Although the East-European grain invasion may appear to be a new phenomenon the region is a part of an ancient food production-consumption system that has been restored before our eyes. Meanwhile, a profound regional transformation has characterized European wheat and maize production over the last decades.