The oceans have absorbed 90% of the excess heat due to the human-induced enhancement of the greenhouse effect. The redistribution of ocean warming can be determined from oceanic 'tracers' to reconstruct the history of past changes and help predict warming in the deep ocean on a regional scale.
Messias
Senior Lecturer, University of Exeter
Follow
Like Liked by Evelina Satkevic
0

The deep layers of the North Atlantic Ocean are expected to warm in the coming decades as excess heat taken up at the ocean surface is redistributed, suggests a historical reconstruction of full-depth ocean heat content.

The ocean plays an important role in regulating the Earth’s climate as ocean currents redistribute the energy reaching unevenly the Earth's surface. Like a conveyor belt, it transports surface warm water from the tropics releasing heat to the atmosphere on its way to high latitudes and returns cold deep water back to the tropics. The ocean which covers 71% of the Earth's surface has absorbed more than 90% of excess heat from the human-produced enhanced greenhouse effect thanks to its large heat capacity, redistributing and storing this excess heat over long distances and timescales. This leads to warming of the ocean and causes changes in sea level, ice melting, ocean circulation, chemistry and oxygenation, weather patterns and affects costal and marine ecosystem management and resource security.

As climate changes, understanding and predicting changes in ocean temperature is essential for assessing the growth of the Earth's energy imbalance and supporting climate change adaptation solutions. This requires both climate models and observational knowledge on the history of climate variables such as ocean temperatures. But these historical reconstructions are a challenge because measurements are scarcer the further back in time or deeper into the ocean you go.

We tackled these limitations by relating interior data to time-varying history of sea surface properties which are relatively well observed compared to the interior of the ocean. This is made possible by using a super computer and a bundle of measured key oceanic tracers in the interior ocean, which keep the memory of the surface water properties and allow us to trace back the spatiotemporal origin of a sea water sample.

Three of the key tracers, which allows the dating of the water masses and the determination of the transit times from the region of heat uptake to the region of study in the ocean are the transient tracers CFC-11, CFC-12 and SF6 and are measured at the University of Exeter. Those man-made compounds are commonly used to estimate the uptake and invasion of anthropogenic carbon into the ocean. This is possible because the history of human emissions of these compounds to the atmosphere is well known and we therefore have good estimates of the variation over time of their concentrations at the ocean surface. They are thus dating tools and, used in conjunction with other biogeochemical and physical ocean tracers which are markers of the regions of origins, they can help determine where, when, and at which concentrations the mixing components of a water sample left the surface and plunged into the interior ocean. These tracers are then used to constrain Green's functions carrying information on the temporal and spatial evolution and mixing of the water components from their point of absorption by the ocean to a selected study area in the interior ocean where the tracer observations were made. These Green's functions can in turn be used to reconstruct the continuous temperature histories in the ocean from the propagation of the known history of the world ocean sea surface temperature. Green's functions also allow for a projection in the future for a time span equivalent to the modal transit time of the propagation of the temperature anomalies since they left the ocean surface.

Our study focuses on the subtropical North Atlantic and samples the Atlantic Meridional Overturning Circulation, which transports heat from the subtropics to the North Atlantic in its upper branch and returns cold water that has formed and flowed into the deep ocean at high latitudes (primarily the Labrador Sea and Nordic seas) in its lower branch.

The method allows us to trace back the influence of the main climate fluctuations on the reconstructed deep water temperatures as well as the impact of the North Atlantic Oscillation. The latter is seen to either counteract or reinforce the overall global warming in the North Atlantic. Our results highlight the important role of the deep ocean in the sequestration and redistribution of excess heat, albeit delayed relative to the surface ocean due to a longer propagation time. For example, our reconstruction shows that the deep ocean warming to 25°N in the 1960s is related to the early 20th century warming that occurred 50 years earlier. Recently, the deep ocean is colder because it mainly transports cold water that entered the deep ocean during the mid-century cooling in the 1960s-70s. According to our predictions, this cooling will be followed by a warming of 0.3°C for the deep waters below 2000m over the next 5 decades, mainly from the Nordic Seas.

The planet is warming. To support climate change adaptation solutions, more targeted studies like this one could help predict which ocean regions will warm the most, but at the same time we need to redouble our efforts to reduce our greenhouse gas emissions.

More details on this work can be found in our manuscript "The redistribution of anthropogenic excess heat is a key driver of warming in the North Atlantic".  Link: https://www.nature.com/articles/s43247-022-00443-4 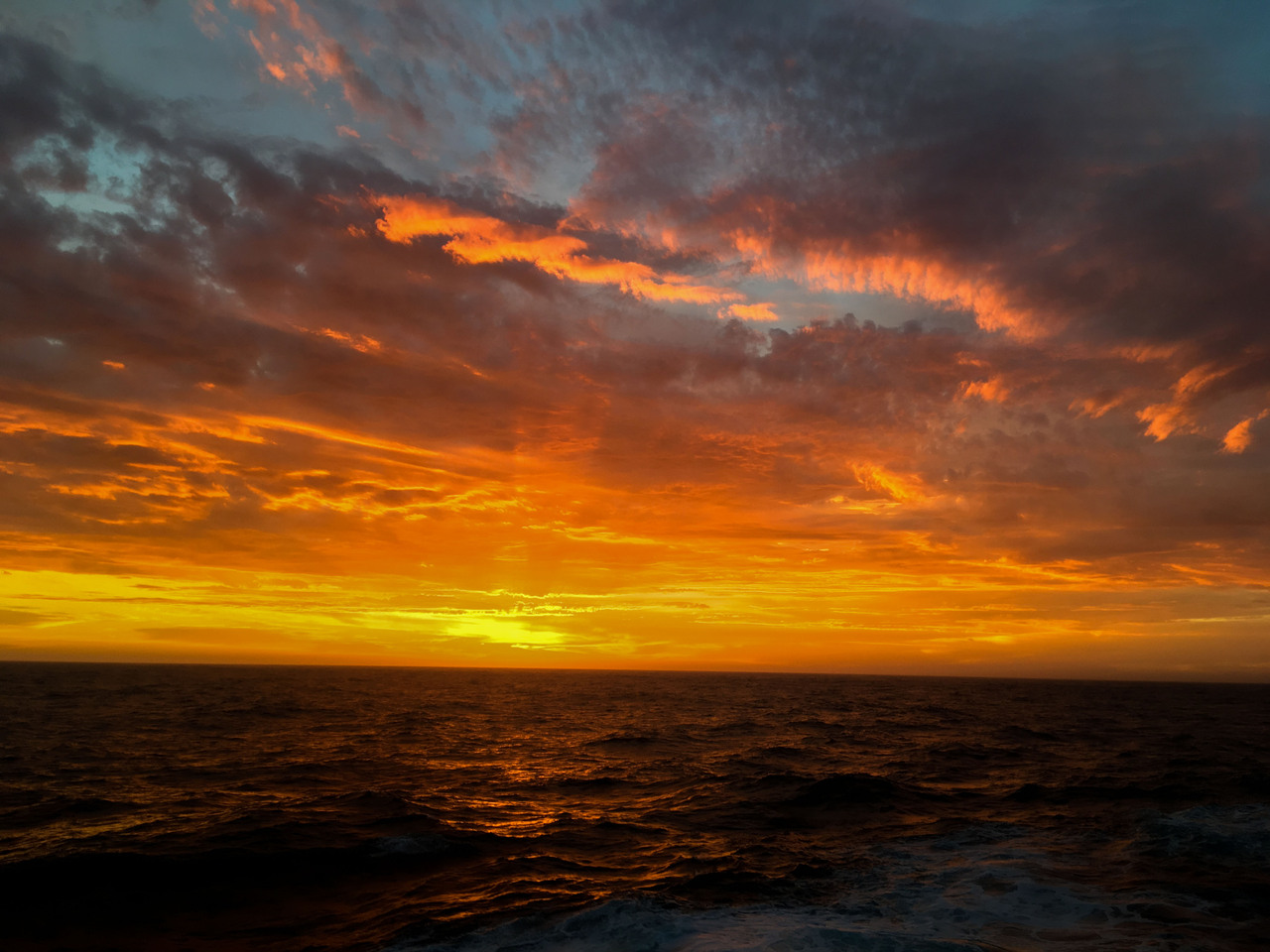 The oceans have absorbed 90% of the excess heat due to the human-induced enhancement of the greenhouse effect. The redistribution of ocean warming can be determined from oceanic 'tracers' to reconstruct the history of past changes and help predict warming in the deep ocean on a regional scale.