Would artificially cooling the ocean ahead of a land-destined tropical cyclone be a practical mitigation strategy?

Artificially cooling ocean waters to weaken tropical cyclones is an extremely ambitious proposal, yet the idea has been advanced within circles outside of the community of tropical cyclone experts. In our recent study, we show why this is a futile response towards mitigating disaster.
James Hlywiak
Postdoctoral Research, Naval Research Laboratory
Follow
Like Liked by Evelina Satkevic and 1 other
0

Weakening tropical cyclones artificially through cooling the surface ocean would require massive regions of ocean to be cooled for a modest effect, suggest simulations with a realistic mesoscale ocean-atmosphere model.

For centuries, tropical cyclones have caused unfathomable damage and loss of life within communities around the world. Global anthropogenic-induced warming and continued population expansion within coastal regions have only increased the risks of severe destruction associated with hazards such as storm surge, rainfall, and wind damage from storms. Recorded history provides many examples of humanity rallying around impending natural crises, optimistically pitting technology against the forces of nature. Unfortunately, the enormous size of and power output from the average tropical cyclone are insurmountable obstacles to overcome, and to date, there have been no successful instances of using technology to weaken individual tropical cyclones. Nevertheless, geoengineering of tropical cyclones is a solution that continues to be explored.

To clarify, "geoengineering" refers to the intentional modification of weather and/or climate via artificial methods. Within geoengineering, “weather modification” refers to altering specific events. As the scientific community has come to better understand the role that the ocean has in maintaining and influencing tropical cyclones, lowering ocean temperatures to weaken impending storms is a popular target for weather modification efforts. This rationale stems from the physical link between air-sea interactions and storm growth, as deep layers of warm ocean waters provide a natural reservoir of fuel for a storm to tap into. As a storm strengthens, the winds at the ocean surface churn up cooler water at depth towards the surface. This negative feedback provides a natural limit on storm intensity and is often why storms fail to reach their maximum potential. Given this, it is reasonable to think that artificially cooling the ocean preceding a landfall event would initiate weakening. In fact, many patents have been filed and private companies arisen based on this notion. While a noble pursuit, in this study we ask the following question: given vast resources and assuming the technology already exists to cool large patches of ocean water, would artificial cooling ahead of a storm destined for landfall provide a meaningful decrease in storm intensity? The short answer is that in theory, yes, while in practice, no.

Our study consists of two parts. In the first part, we use a modified version of the seminal maximum potential intensity (MPI) theory. The modified theory we use – ocean-aware potential intensity (OPI) – utilizes parameters from the background ocean environment to predict the decrease in intensity due to storm-induced ocean cooling, which provides a more accurate upper bound on storm intensity than a static ocean would. From this, we identified ocean mixed layer and storm motion speed conditions for which this natural feedback is weak, and through calculations of OPI we show that these are the scenarios for which artificial ocean cooling would be best employed. Figure 2 of our paper (shown below) reveals that artificial cooling - represented as an instantaneous cooling of the the entire mixed layer by varying degrees - would be best utilized for fast-moving storms over deep, warm ocean mixed layers. Thus, theory suggests that artificial cooling can instigate massive reductions in intensity, supporting weather modification pursuits.

Unfortunately, the real atmosphere often deviates from theory. A key assumption within OPI is that the ocean is infinitely wide, and changes to the storm structure are axisymmetric around the core. In reality, cooling is contained to finite regions, and storms reside over the ocean for a limited duration of time before making landfall. In the second part of this study, we provide a more realistic assessment of how artificial cooling would impact storm intensity. We utilized a state-of-the-art numerical weather model to simulate powerful tropical cyclones making landfall under ideal atmospheric conditions after encountering different sized cooled patches of water strategically placed ahead of land. Ultimately, these simulations confirm that artificial cooling does weaken intensity before landfall, with larger cool patches reducing intensity by a greater amount. However, our most ideal artificial cooling scenario featuring the largest cool patch provides only a 15% additional reduction in intensity as measured by the minimum central pressure and integrated kinetic energy output of the storm, as illustrated by Fig 4 of our manuscript (shown below).

A reduction of 15% is not trivial, however, this is an underwhelming response given the size of the cool patch needed to produce this amount of weakening. The largest patch covers a surface area of a staggering 260,000 square kilometers, larger than the size of Oregon in the United States. Additionally, this requires extraction of 4.5x1019 kilo Joules of energy. For context, the entire energy consumption across the United States alone in 2019, the year featuring peak energy usage, was roughly 1x1017 kJ, as estimated by the United States Energy Information Administration. Needless to say, vast resources would need to be expended to realize this degree of weakening.

Therefore, the simulations suggest it is simply not feasible to employ artificial cooling to mitigate the adverse effects of tropical cyclone landfall. There are many caveats to our assumptions, which we outline in detail within the manuscript. Accounting for the many caveats only gives less credence towards pursuing weather modification in this context. Most notably, a storm's potential for damage is not directly correlated with the intensity, as storm size and location matter greatly. The metrics for intensity used in this study, minimum central pressure and integrated kinetic energy, are better predictors for damage than the sustained maximum wind speed, however a reduction in intensity does not necessarily mean damages will be lessened. Additionally, we ignore the many unintended consequences of altering the environment on such a scale, which would certainly perturb natural and delicate marine and coastal ecosystems. Clearly, capital and investment should instead be directed towards adaptation to landfalls, such as reinforcing existing infrastructure, improving the efficiency of evacuation procedures, and advancing the science around detection and prediction of impending storms. 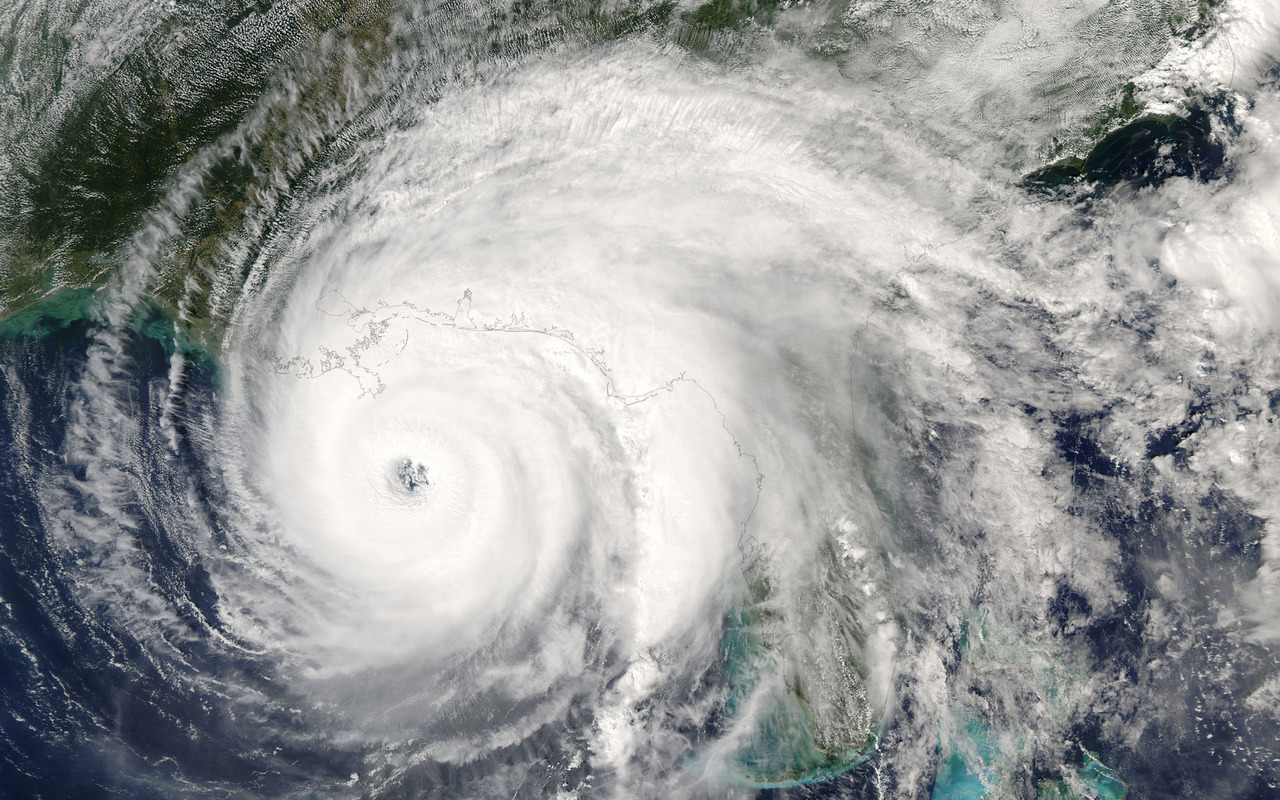 Would artificially cooling the ocean ahead of a land-destined tropical cyclone be a practical mitigation strategy?

Artificially cooling ocean waters to weaken tropical cyclones is an extremely ambitious proposal, yet the idea has been advanced within circles outside of the community of tropical cyclone experts. In our recent study, we show why this is a futile response towards mitigating disaster.